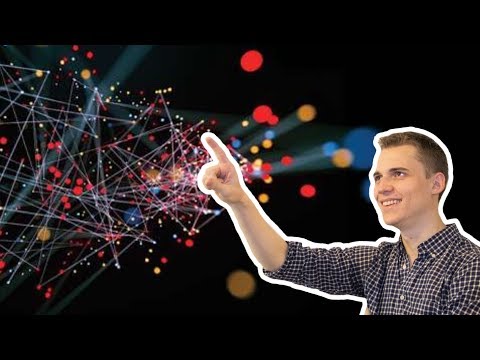 The biggest threat to bitcoin is not a software update, but Bitfinex and its reckless margin trading

It is now suffiently clear that margin trading at Bitfinex caused the flash crash that brough the price of bitcoin down 14% in a few minutes.
For those of you who claim Bitcoin XT is to blame for the price drop, here is a history lesson:
On August 14 2014, just a year an 4 days before yesterday's crash, Bitfinex had a major flash crash that brough down the price of bitcoin 10%.
CoinDesk did an article on it:
http://www.coindesk.com/margin-trading-crash-price-bitcoin/
The price fell from 539 dollars to 451 within minutes.
Just like in yesterday's crash, the culprit was reckless margin trading. I quote:


This theory, perhaps most notably posed by Raffael Danielli, posits that out-of-control margin trading caused a flash crash in at least one major bitcoin exchange market, a development that had a cascading effect across the larger bitcoin market.
In the post on his quantitative analysis blog Matlab Trading, Danielli asserts that margin traders, specifically those on Hong Kong-based bitcoin trading platform Bitfinex, had invested significant funds into long positions as bullish sentiment rose in July.


The price fell to 300 in January 2015. Then, a hack to Bitstamp brough it down to under 170 dollars to bounce back to over 200.
Sometime in April the price had a short fall to 220-ish because of some issues at OK Coin that were resolved without any more negative effects.
By July 2015, the price reached 315 dollars and then it fell to 275 two days later and to 265 in the next few weeks.
Nobody claimed the culprit was a fork even though the drop was steeper than yesterday's.
So now we have two instances of margin trading causing major price falls in about a year, and two cases of software issues (Bitstamp hack and OK Coin not able to stop a bad trade) causing a price drop.
Bitstamp solved its problem by migrating to another server. OK Coin solved its issue with code. But Bitfinex has done nothig about its reckless margin trading.
As long as Bitfinex allows its reckless margin trading to continue, the entire bitcoin market will be at risk. Not because of block size, or because of a fork, or any other technical issue that can be solved with code, but because of greed. Greed and a complete disregard for the helath of the bitcoin ecosystem.
Quite frankly, bitcoin's deflationary design should be incentive enough to buy it and hold it. Margin trading is not giving bitcoin added value; it's putting people's money at risk.
The guy who used Satoshi Nakamoto's account to criticize XT is dead wrong if he thinks bitcoin will be a failed project because of XT. It will be a failed project if people do not want to embrace bitcoin because Bitfinex is allowing a few greedy margin traders to sink the value of bitcoin.

This is an old question, but thought I would update the answer. I made this currency converter function in MATLAB (exchangerate.m) that utilizes the openexchangerates.org API, which is better supported and also includes historical data. Here's a description how it works (it's very simple): ... Obtain exchange rates for Bitcoin, Indian rupee ... File Exchange Cody Blogs Discussions Clear Save; Community Highlights. A place for posts about MATLAB Central and its user community. Subscribe to this channel to learn about all of the latest activities and updates! Read more × Select a Web Site. Choose a web site to get translated content where available and see local events and offers. ... in the form 'YYYY-MM-DD'. To get the latest exchange rate data, use date = 'latest' or '', which is the default value. Historical data from 1999 and onward. Outputs: 1) rates: a number or vector indicating the exchange rate(s) between the desired currency (currencies), curr, and the base currency, base. Bitcoin Address har ek Wallet ka alag alag hota hai. 2: “BTC” ka Kya Matlab hai. BTC Bitcoin ka hi short code hai jisko Bitcoin ko denote karne ke liye hi use kiya jata hai. 3: “Satoshi” Kya Hai. Jese Rupee me 100 Paise hote hai, tikh ussi trha ek bitcoin me 100,000,000 Satoshi hote hai, matlab ek bitcoin ko ham itne part me baat sakte hai. Bitcoin Stack Exchange is a question and answer site for Bitcoin crypto-currency enthusiasts. It only takes a minute to sign up. Sign up to join this community. Anybody can ask a question Anybody can answer The best answers are voted up and rise to the top Bitcoin . Home ...

Bitcoin prediction with machine learning for fun and profit (in C#)